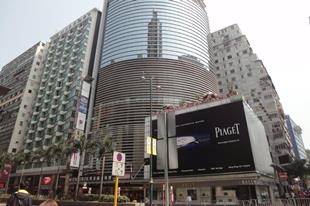 Ever had a situation where you were scratching your head wondering if the expense you were making was a normal expense or a capital expense? You are not alone. This is something that happens more often than you might think. Why is that? If each expense has its own set of rules and definition, there should never be a situation, in theory, where you would find yourself wondering if you need to capitalize and amortize something or if you can expense it right away. Unfortunately, it is not always so easy.

The answer is not always clear-cut

Let us look at an example; one which we have lived stressed over and argued repeatedly. Take a shopping center, for example. Suppose you own a large mall of one and a half million square feet (1,500,000 sqft). Suppose also that you have 500 tenants that all take the exact same space. Obviously, it is not a real-life situation. We know the sizes will vary from the small food court outlet to the large clothing or sports shop. But let’s assume for this example.

In our example, we will also note that the space for the tenants is one million square feet. The remaining 500,000 square feet comprises of common areas such as corridors, entrances, washroom, and other. Let us assume that each tenant leases 2,000 square of space, which they pays rent on a monthly basis. The tenants pay a base rent and additional rent to cover all the other expense. These expense include energy, taxes, and also repairs and maintenance for the building. While there are many variants of how the tenant’s lease can be structured, we use a plain example here to show that the tenant pays a base rent and other costs.

Suppose that you, as the owner and landlord, decide to replace a section of the roof for a cost of half a million dollars. Without going into details on the cost of flat roofing these days, let us suppose this pays for about 50,000 square feet of roof at an average cost of $10 per square roof of the replaced roof. The roof is 20 years old over a section of the mall and it has started to leak. Since it is not deemed repairable, you decided to change that section.

Now, half a million dollars is a lot of money. Especially for roofing. But changing the roof will probably extend the life of the mall by a few years. So normally, you would capitalize the cost and amortize it over its normal lifespan. This would be for anywhere between 10 to 20 years. Most people would probably take 10 years since you can amortize it a little faster than taking 15 or 20 years. For a tenant inside the mall, it makes sense that you amortize it over say 10 years because each year the tenants only get to pay for 1/10th of the total cost, plus interest.

If a tenant has a lease coming up in one year and plans to relocate out of the mall, it would make perfect sense to pay only for 1/10th of the roof. Especially since the tenant only be using it for one year. The next tenant to come into that leased space will be able to enjoy a practically new roof for many years to come so they should be paying for that roof.

From a landlord’s perspective, such expense often makes more sense if they are simple expensed in the same year. So, not capitalized and amortized, but simply expensed like they would pay for say air filters on air conditioning systems. The advantage for the landlord in expensing the roof is that he or she can collect from the tenants in the same year; each tenant pays for the roof according to the portion of the mall they occupy. The landlord does not need to finance the roof for a number of years, the tenants pay for it in one year.

Now, if you are a tenant that is going to remain in the mall forever, it might make sense. First, we know that if the landlord had to change a section of the roof, say 50,000 square feet out of a total of 1.5 million square feet, chances are this work will repeat itself each year since the landlord is only replacing about 3% of the roof each year. A roof membrane is only good for about 15-20 years. You can then guess that some years the landlord will need to replace more than 3%. In this case, the landlord will come back to the tenants with recharges for roof replacement every year.

If the landlord has to capitalize the cost and then amortize it, he/she will need to charge it back to the tenants with interest. Even using a low-interest rate, you can start to think that at one point the landlord is going to be charging back the tenants for many roof replacements at the same time and adding interest to each one of the replacements. Over time, the interest can represent an important amount. This would not be happening had the landlord simply expense the roof repairs each year.

For perpetual tenants, it may make more sense to have the landlord do roof repairs each year. The landlord can simply expense it and recharge the total amount to the tenants in the mall. That way the tenants do not have to pay interest, only the roof repairs.
Nevertheless, if you are a tenant with a short lease period, you might argue that paying for that roof repair in one year is not fair. You could claim that it should be amortized over many years. Logic being, the landlord could recharge you only a portion each year.

However, the reverse is also true. What if you recently moved into the mall as a tenant. Not having a pool of unamortized things, such as roof repairs, is often good. While you as a tenant might not want to pay for a roof that will be good long after you leave the site, you might also not like to have to pay for past repairs that are still being amortized and charged back, with compounding interest.

This is why when possible, it is a good idea to ask to have the Capex meter reset. By doing this, you will not be bound to pay past repairs.
The example above is simply one example where the decision to either expense or capitalize something is not always obvious. While some expenses are clear-cut for the capital expenditure side, such as adding a building expansion or purchasing new production equipment, some others seem to be on a fine line.

Every time this has happened, we need to try to look at it from a practical point of view. In the example above, what made the most sense for the company and for the tenants in the long run. While the laws will always dictate what needs to be done, in some cases there is no clear direction. You need to take a close look at the situation before deciding to go one way or the other.